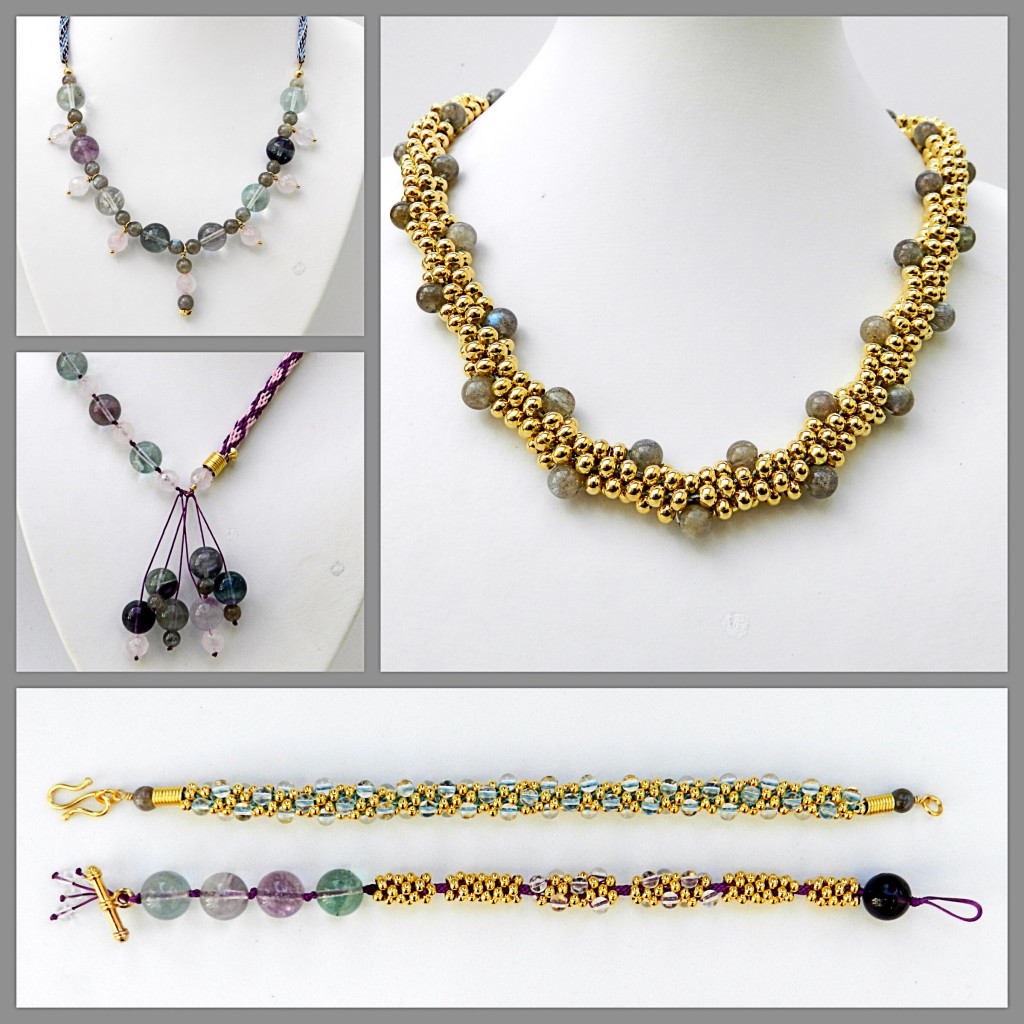 It was a busy show for me on Tuesday at Jewellery Maker because not only did I have to demonstrate two kits as usual, but I also had to make a competition prize during the show with some Sunstone rondelles. Guest Designer challenges have often been a part of the show, but whenever possible I have tried to get out of them and there are two reasons for that. Firstly, I am the sort of person who works best in a peaceful environment without pressure. I like to be able to play with ideas and rework them until I am completely happy with them and I find that the first idea which pops into my mind is not always the best one. On a live show there is always a lot going on both on-screen and off-screen and the time available is limited. Secondly, kumihimo can be time consuming and threading on beads definitely takes time and patience. However, the usual show challenges could be quite roughly finished off and even just tied together at the back because the point was to show what could be done with a particular strand. Knowing that I was making something for someone to receive as a prize was quite a bit of pressure, because I knew it needed to be properly finished and robust enough to wear. The additional materials available in the studio are very limited, which is not very helpful either. Large rondelles are not suitable for adding into a braid, but I knew that some sort of kumihimo design was expected. Luckily, I had some spare floral ribbon from one of the kits so I used that together with some zari thread. I used the rondells on beading wire in the centre of the necklace and made loops at either end to start my kumihimo from. I did not have any suitable glue to use to attach the end caps, so I went for wire coils instead and I finished off the whole piece with a bow on one side. I had to work so fast that there was steam coming from my disk and I just got finished in time! It does not seem that a photo was taken of the finished design, but here is a rather fuzzy screen shot instead. Congratualtions to Katheryn Munson and I hope she likes her prize. 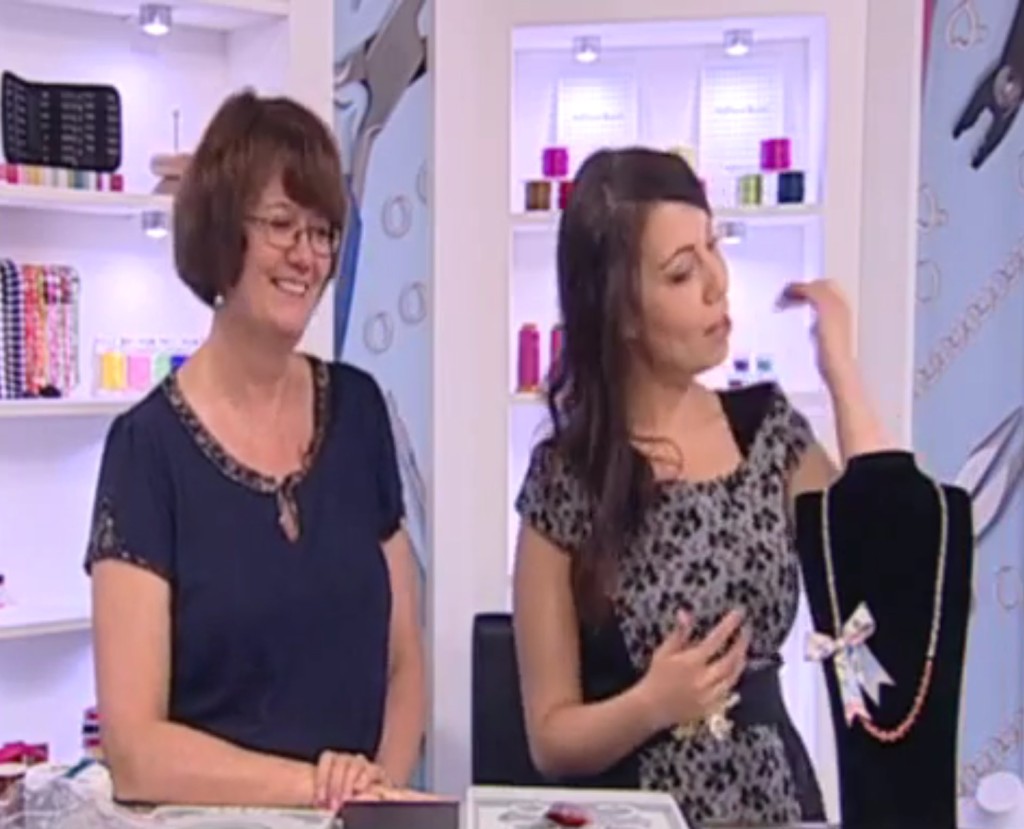 I have now posted the instructions for the two kits and they can be found by clicking below. 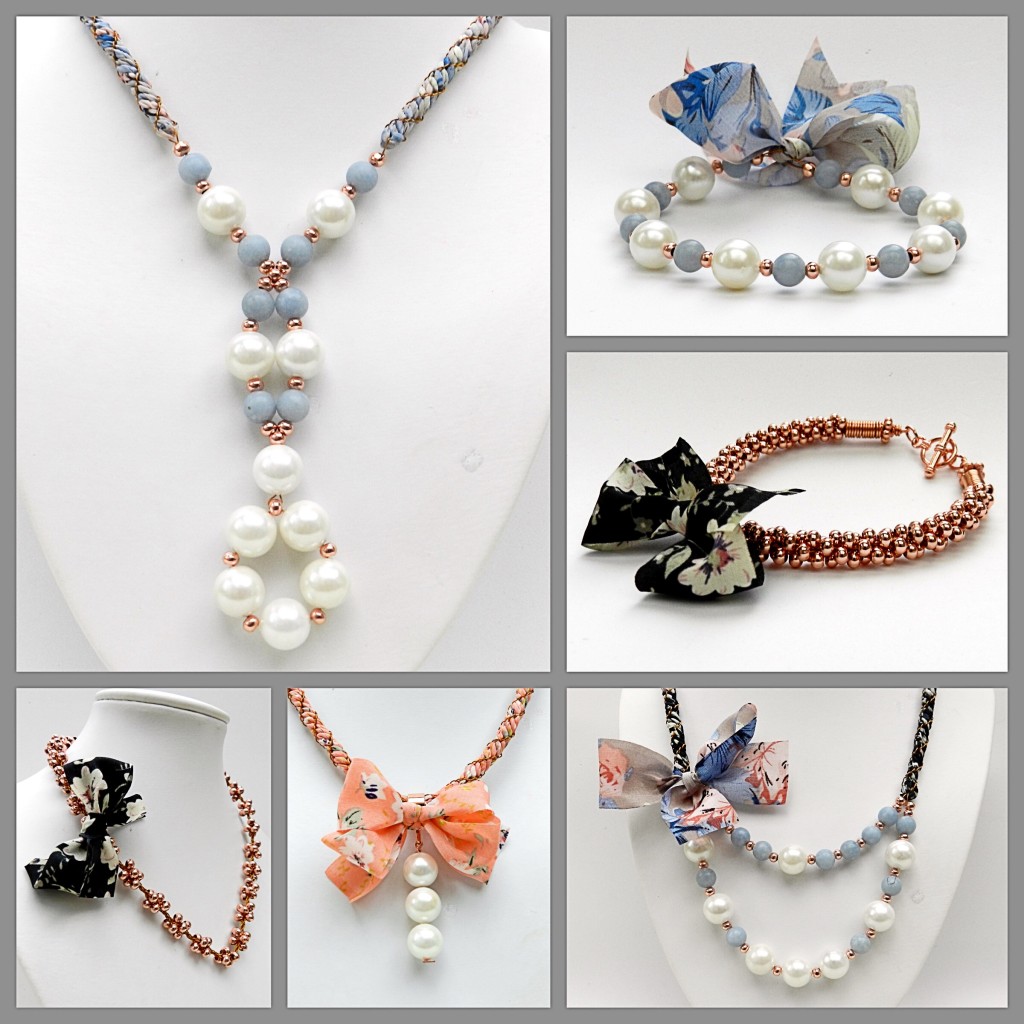