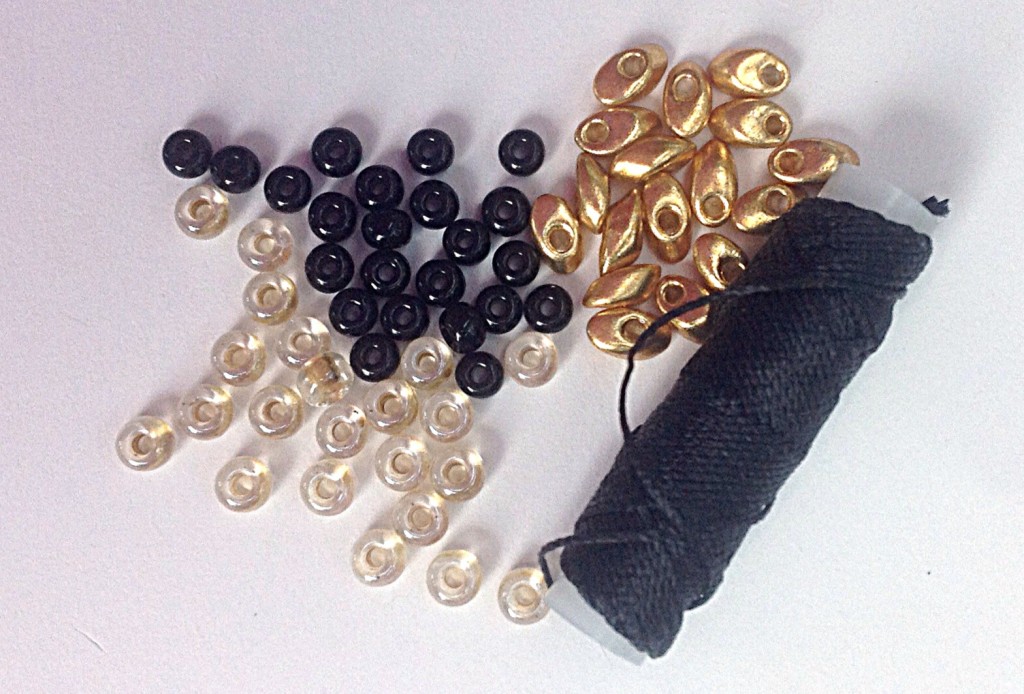 I am busy putting the finishing touches to my new tutorial and I am posting a couple of little glimpses as a tease!

I tend to have several tutorials on the go at any one time so that I can react to where I feel the interest lies. For instance, at the moment I am working on three very different designs. Two of these tutorials are virtually complete. They have been written and tested and just require a final review and a few more publicitly photos. The first one I will release uses cord and seed beads and I believe it will have a very general appeal. It is made using Round Braid and a detailed threading chart. I first started working on it in April, but I had to put it to one side when I became busy with my appearances on Jewellery Maker. The second one is a wire design, which has more of a niche appeal and will be of interest to people who have had some experience of kumihimo. It is my most recent design because I made the first version in May.  The third one is a design I first worked on before Christmas, but the tutorial still requires some reworking and testing. It is an unusual design and I want to wait for the right moment to publish it.

The launch of a new tutorial is always exciting, especially when people start to post or send me photos of what they have made. Let’s hope this new one is well received!