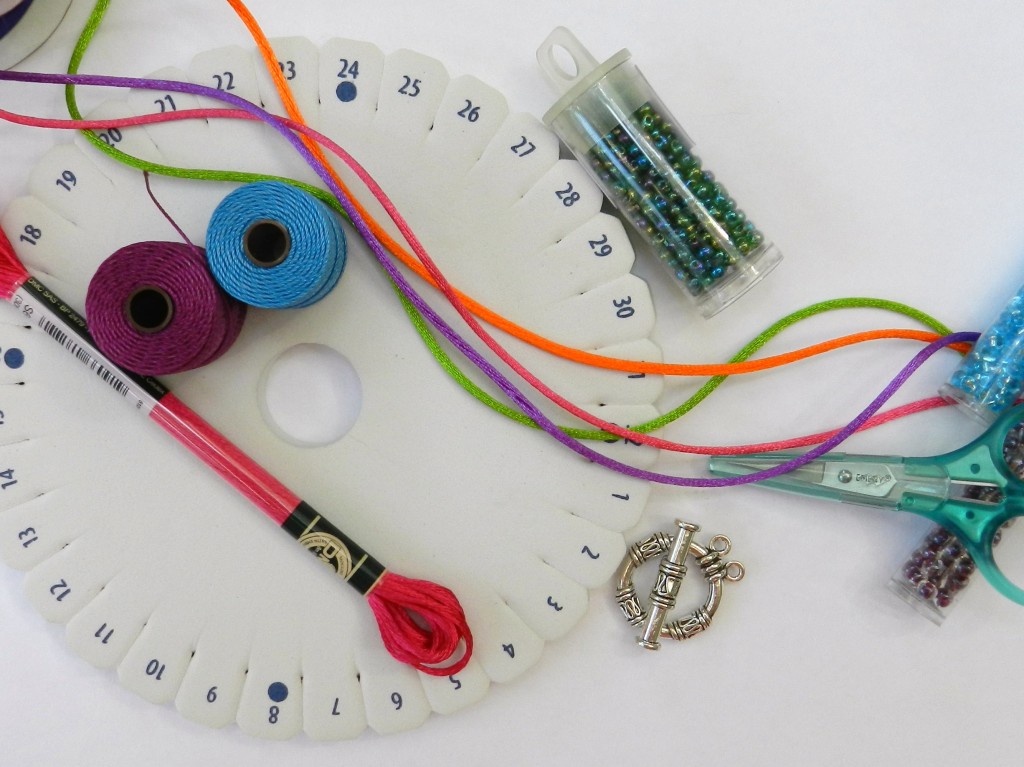 Everyone has their own special tricks and advice and this is where I share mine and add those passed on by others. This list will be added to every time I learn something new, which I think will be of use to others.

If a braid is twisted it can be straightened with a few blasts of steam from a steam iron. Press it down with something heavy and leave it to cool.

Coat the ends of the cords with clear nail varnish before threading on beads. The stiffened end makes it much easier to pick up beads.

A small bag of coins can be attached with a peg to the end of the braid to act as a weight. Coins can be added or removed to adjust the weight.

After a braid has been removed from the disk and secured with thread, stretch it firmly several times and allow it to contract back into shape. This will even out the tension.

If the slots on the disk have become stretched and will not grip fine or slippery threads, add weight in the form of a heavy bead on each thread, or a coin taped onto the bobbins, if used.

Makeshift bobbins can be made from pegs. Wind the spare thread around the middle of the peg and attach the peg further up the thread.

Never throw and old disk away because the slots have become slack. They are very useful for extra wide yarn, such as ribbons.