The second kit shown on 18.3.15 was fresh and vibrant, featuring coral and chartreuse cords with rich orangey reds and clear quartz. These designs can be used with any medium sized chips and 6mm round beads. The show can be watched by clicking here. 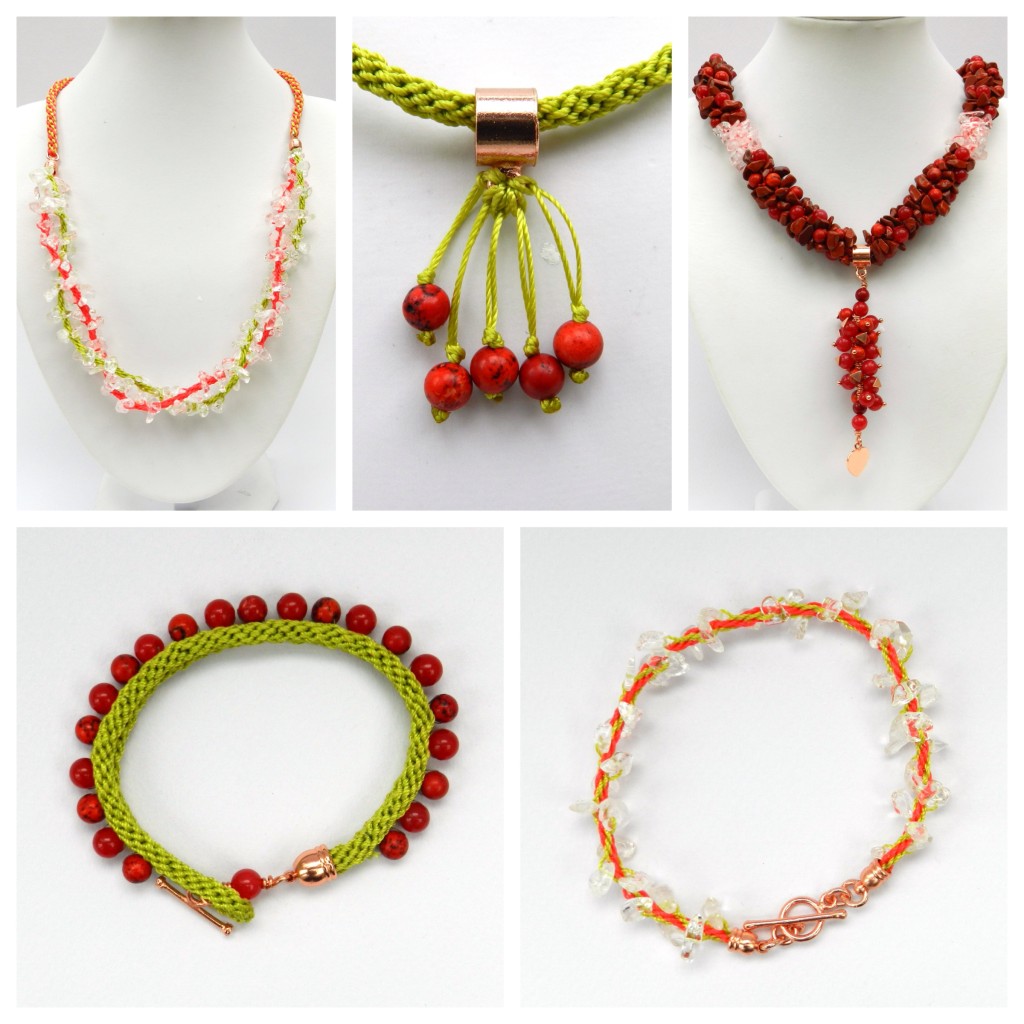 This necklace was demonstrated on the show. I deliberately used an old disk with stretched slots to create soft, draping braids for the front section. If a firmer disk is used the braid will also be firmer. 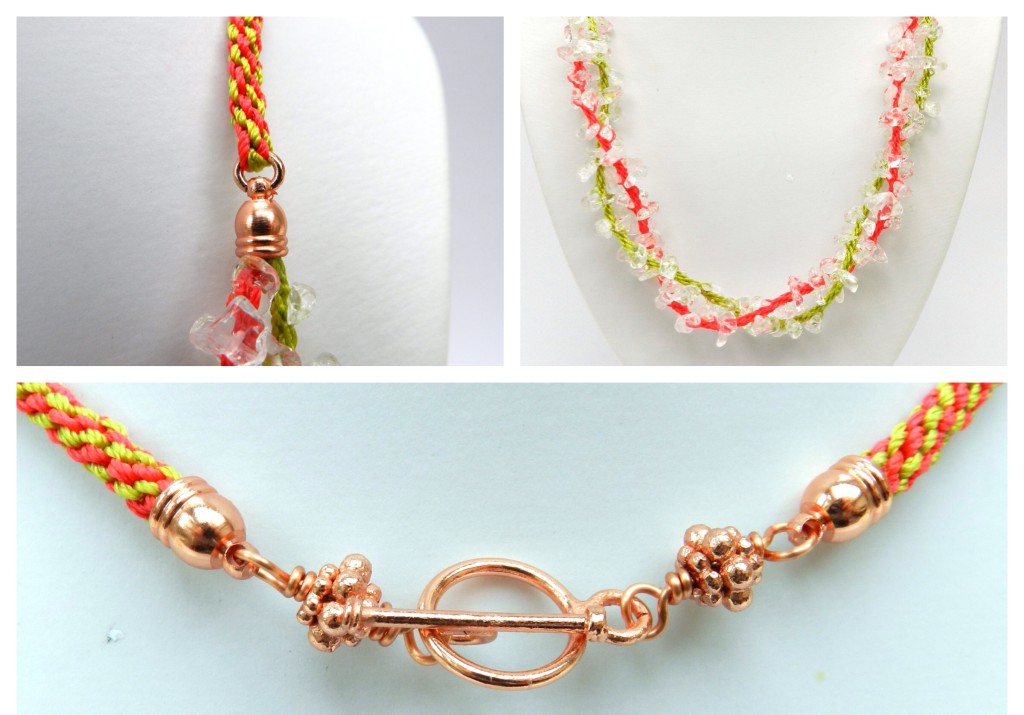 1. Front section – 8 x 80cm S-Lon. 78 chips on one cord. Use an old disk to achieve a soft effect. Make 2 or more of these. Bind and glue the ends together and glue them into an end cap.

2 Side sections – 4 x 1m coral S-Lon and 4 x 1m green S-Lon  and thread them all through the ring on the end cap. There are now 16 cords to position on the disk, 2 per slot, on either side of the dots. (I did not make this very clear on the show and appeared to have far too many cords!) Use a firm disk.

1. Cut 16 x 1.2m S-Lon. Braid with 2 cords in each slot on either side of the dots. The braid needs to be twice the required length of the bracelet.

2. Fold the braid in half and sew it together, leaving a 1-2cm loop.

4. Bind and glue the braid ends together and stick them into an end cap. Attach the toggle part of a toggle clasp to the end cap. 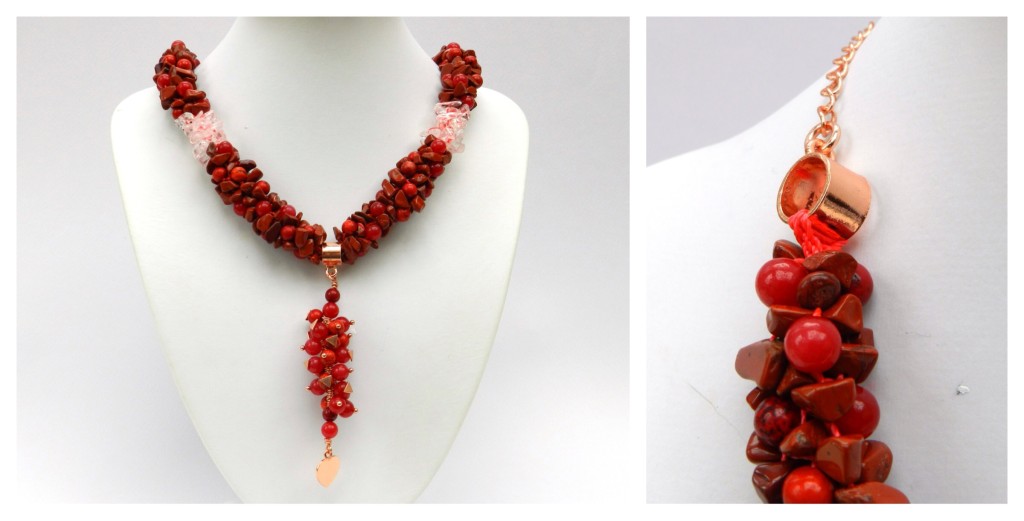 This necklace is made using two braids joined in the middle.

1. 140cm x 4 S-Lon. Centre a bail on the cords and position them on the disk on either side of the dots. Braid for 24 individual moves to close the braid.

4. Braid in the chips and beads and braid for a further 0.5cm. Repeat to make a second braid.

5. Thread the 2 braid ends through a bail from opposite directions. Use a large needle to sew the cords individually into the opposite braid.

6. Make the pendant using round beads on rolled headpins threaded onto a headpin or length of wire. Add a charm to the bottom. 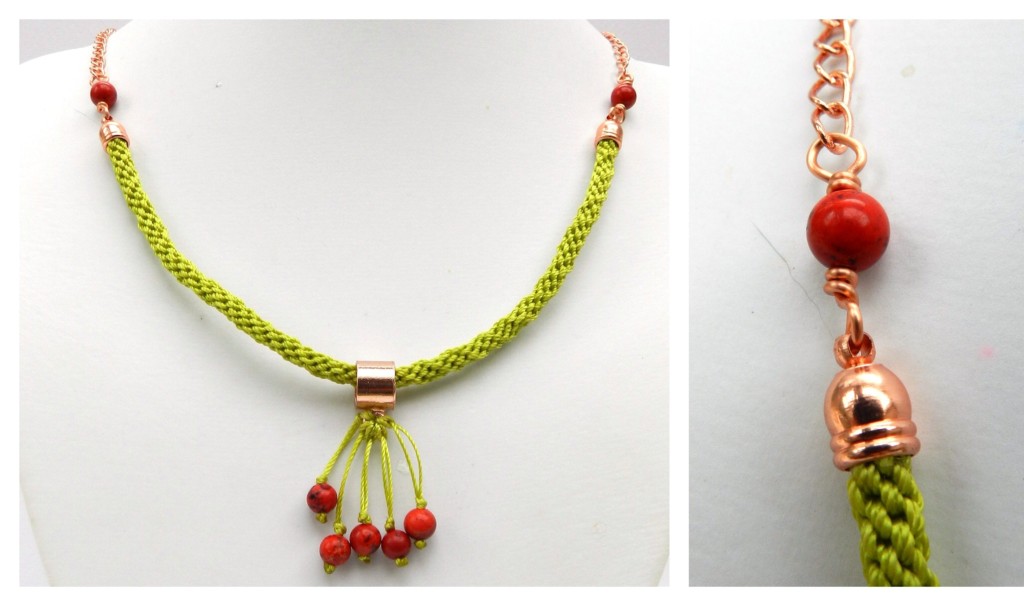 The braid is made with 16 x 75cm S-Lon. The tassel is made by attaching cords to a bail with lark’s head knots and knotting 6mm round beads onto the ends.